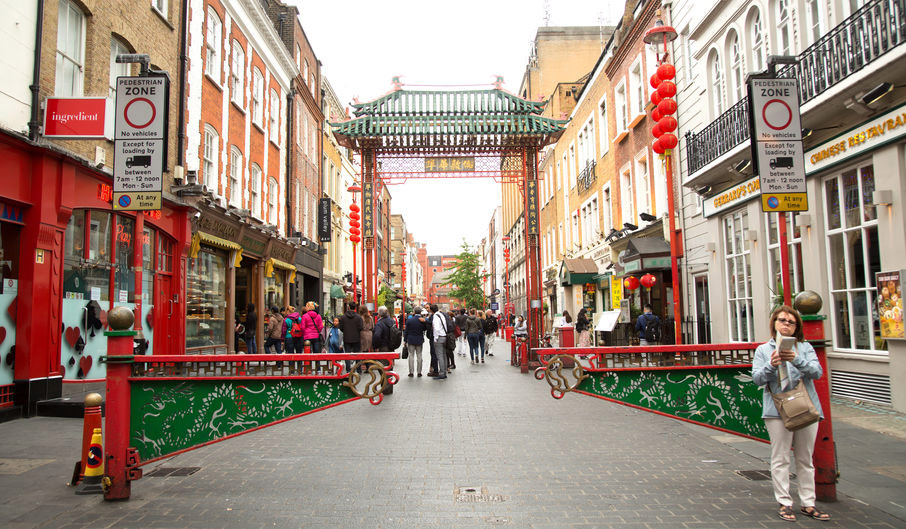 The original Chinatown, located in the riverside enclave of Limehouse on the city’s east side, was a favorite stopping place for the fictional character Sherlock Holmes. Despite that notoriety, the city developed a more modern Chinatown on the west side that includes a new gate as well. It is best known for a speakeasy bar and having the best dumplings in all of London.

With roots dating back to 1848, San Francisco is home to the oldest Chinatown in the world outside of Asia. For nearly 35 years, families traveled from China to San Francisco to start a new life in America. This slowed down considerably after passage of the Chinese Exclusion Act of 1882 that forbid them from voting, owning property, marrying anyone of non-Chinese descent, or sending for their families once they got settled here.

San Francisco’s Chinatown is now a booming tourist attraction that sees more visitors each year than the Golden Gate Bridge. Travelers here will find the expected shops, markets, and houses of worship along with Chinese restaurants. One that especially stands out is Z & Y Restaurant on Jackson Street.

In addition to its cultural significance and winning of numerous awards, Z & Y has world-famous Chef Han on staff. Chef Han has served many world dignitaries in China and continually attempts to combine new preferences with tradition. Eating here may just be one of the most memorable parts of the trip to San Francisco’s Chinatown.

These are just four of the many Chinatowns located around the world for the adventurous traveler to explore.