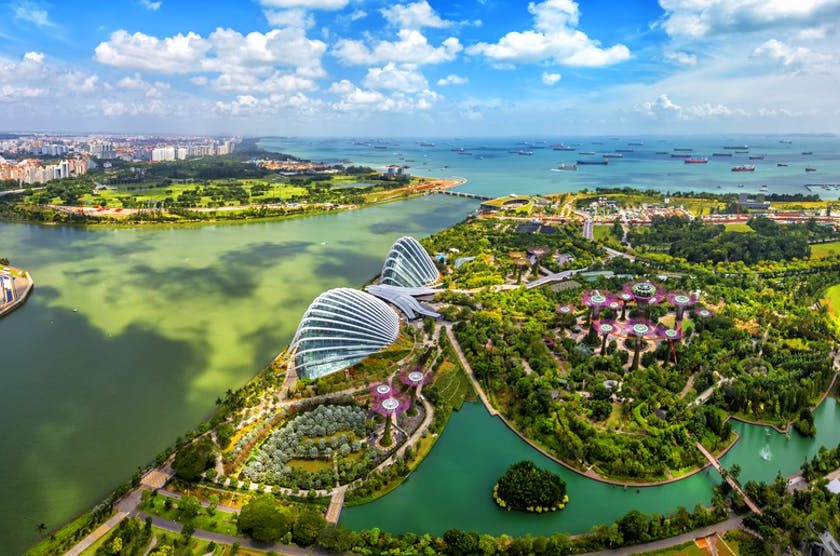 There is a growing trend for people to create bucket lists of all the things that they want to do before they literally pass away. This odd expression is now common on the internet and many people from all walks of life, including celebrities have started up their own ‘must do’ registers. For those who are mad about anything to do with team games or activities, a sports vacation is also taking off in a big way too.

There are many sites on the net where like-minded people can come together and talk all about their favorite players etc. However, the specialist ones have ratings so that the enthusiast can fill in a virtual passport every time they see favored game or two. For this, he will receive virtual points and then be ‘awarded’ when he meets certain thresholds. Of course, there is nothing tangible on offer. All he will get is kudos for having completed ever wish that he has written there.

Some ideas for this register may be following a favorite team all over the country when they are playing in league matches. Not only does this give the enthusiast an opportunity to see the team in action, he also learns about all the places that he will visit en route.

Even the World Cup or the Olympics can be included in this register and imagine the points to be picked up next year if anyone gets to the UK for the opening ceremony? In fact, it is events like this that most people would wish to go see anyway so what better way to do it than with the envy of everyone who visits the same site?

Closer to home, some people take one month off to visit certain states and will want to see every game, …

END_OF_DOCUMENT_TOKEN_TO_BE_REPLACED

Although taking long family vacation trips can be a lot of fun, it is essential not to overlook the value of a quick weekend trip. Weekend vacations can be a great way of breaking up the dullness of the weekday routine. These trips are also a fantastic way of having lots of family fun, without having to spend a lot of money. On many occasions, you don’t even have to spend the night away from home. You can get back to your home in plenty of time for bed if you simply plan to go to a place that is only a few hours away from where you live. If you’re looking for some great ideas on how to get started with planning this enjoyable weekend vacation, then read on!

It’s wise to ask around and see if any of your family members have particular ideas for places they would like to go, before you begin actually planning your trip. One of your kids may reveal that they have actually been wanting to go to some attraction such as the zoo, or they might even have a strong desire to revisit a location that they went to a long time ago. Although some children can be quite expressive about their wishes, other children have a tendency not to share their ideas until you ask. You’ll be more equipped for planning your vacation when you’re all done gathering everyone’s ideas for places to go and things to see.

You can easily have lots of fun if you just pack everyone in the vehicle and start driving, but at times your vacation can end up even more fun if you take a little time to make plans for your weekend. For example, you can help …

END_OF_DOCUMENT_TOKEN_TO_BE_REPLACED

One of the most popular destinations for honeymooners from all around the world, Lagos, the capital city of Nigeria offers a bit of everything… serene blue beaches, hills which remain mist covered almost the year-round and greenery that takes you close to paradise!

Whether you love beaches or hills, Lagos offers you enough romance to make your special days an affair to remember always! Start your day with a trip to the Coconut Beach, located just to the southern part of the city of Lagos. An island which is as quaint as could be, Coconut beach is characterized by yellow sand and a sea whose blue waters are the most transparent as you would ever find. Walk hand in hand with your partner or laze under the warm rays of the sun in this beautiful coastal heaven. Named after the coconut trees which surround this lovely beach, Coconut Beach can also provide tourists with great options of accommodation. A number of resorts have also been developed along this stretch of Lagos, many of which offer special packages for honeymooners.

For those of you with a taste of adventure, the city of Lagos again offers a number of options. One of these is of course Shere Hill, a beautiful rocky hill, which is located around 1829 meters above the sea level. Providing a great opportunity for honeymooners with a sense of adventure, Shere Hill offers an exciting hiking option as well. Surrounded by greenery all around, this rocky climb can also provide you with a number of places of visual beauty during the hike. There is also an excellent view-point in the middle of the climb, which you can use for a photo opportunity to capture the precious moments of your honeymoon to look back into whenever you feel …

END_OF_DOCUMENT_TOKEN_TO_BE_REPLACED

With all the economy suffering and putting constrictions on the family members spending budget, the prospect of taking a significant vacation trip gradually fading, maybe the time has come to explore weekend trips that the family can make collectively while also producing a massive distinction on the planet.

For those who want to have a change of scene, but not just to sit around, but to contribute to global community, there are options:

Your family members can get involved in Habitat for Humanity weekend projects that might be happening ideal inside your neighborhood. You are going to see the fruits of your weekend labours and also get to teach your kids that providing back is usually a lifetime commitment. With much more than 1,500 Habitat affiliates situated in all of the 50 United states of america, Puerto Rico and also the U.S. Virgin Islands, developing and rebuilding homes to assist fight the battle of poverty and lack of housing implies that your volunteer labour is usually required. You might return house with a renewed sense of community spirit and memories that can last longer than a trip to an amusement park whilst understanding that you just seriously have produced a difference in a person else’s life.

If this may be a little too adventurous, then there are many volunteer opportunities that families can participate in that may be just a short trip from home: Volunteering at a local animal shelters is something that can be for every age. Children can assist with playing with the animals and socializing with them, while learning at the same time, while also quelling any fears they themselves may have. Many of the shelter animals long for human touch and kindness, alongside patience and understanding and shelters are always looking for volunteers to …

END_OF_DOCUMENT_TOKEN_TO_BE_REPLACED

The famous OsakaMunicipal Museum of Fine Art that displays more than 8000 works is a must visit for the art buffs. The excellent collection includes classical Japanese arts of …